What is the Wayúu culture? The Wayúu indigenous are a population that settled in the northernmost part between Colombia and Venezuela. Its population dates from before the 16th century.


The Wayúu are a community rich in culture. The origin of the Wayúu culture is so present that it touches all aspects of their personal and community life. Their dances, their oral language, their way of living, their clothing; these are just some aspects that culture touches.


In this blog we mention the most important ones!


Key aspects of the Wayúu culture


Importance of Food in the Wayúu Culture

The indigenous Wayúu are characterized by being an ethnic group that lives in community. They settle on land outside the city, with groups of families ranging from 2 to 6 per land.

The area or territory where the Wayúu families are grouped is called Ranchería.


Thanks to the formation of a solid community, this allows them to share the responsibility of caring for the goats, caring for the harvest, among other activities. 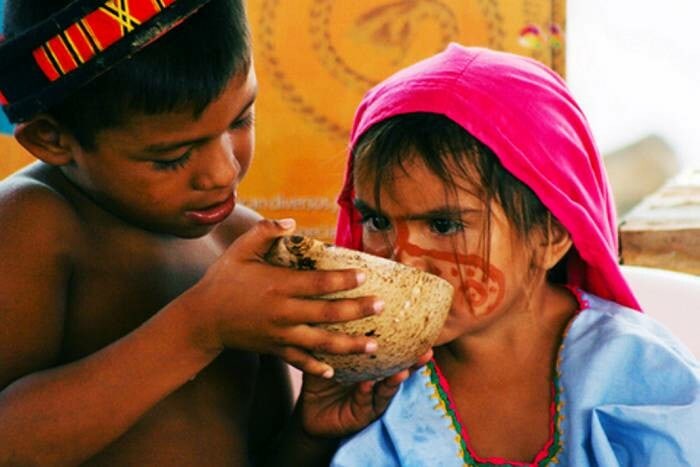 
When there is harvest time and there is a lack of personnel to be able to extract the fruit of what is sown, people from other communities are called for help. This is the perfect occasion to hold a great party.


The festivity consists of the preparation of typical foods such as:

It consists of a dish prepared with the meat of the goat cooked in oil.


The goat is a tender and juicy meat, which can be roasted and fried, according to the preference of the cook.


Their accompaniment varies. It can be an accompaniment called bollo or arepa, which are made with wheat flour. In the same way, it is accompanied by yucca, a tuber from the area.

If you think you've tried the best paellas in Spain, or the best ceviche in Peru, you have to try the Arroz con camarones in La Guajira, Colombia.

I have personally tried it and it is a delight!


The process they use is very simple. They boil a sufficient quantity of shrimp and then put them in the sun to dehydrate them.


This process allows them to preserve much more the flavor and essence of the shrimp, thus achieving a tastier rice.

Music and its meaning for Wayúu people

Music is an element that is closely linked to the Wayúu aspects of life.


The different daily activities, festivities and rituals involve the extensive use of traditional music.

For example, singing when you are shepherding is an act of purity. Also grazing is accompanied by music produced by flutes or canutillos. 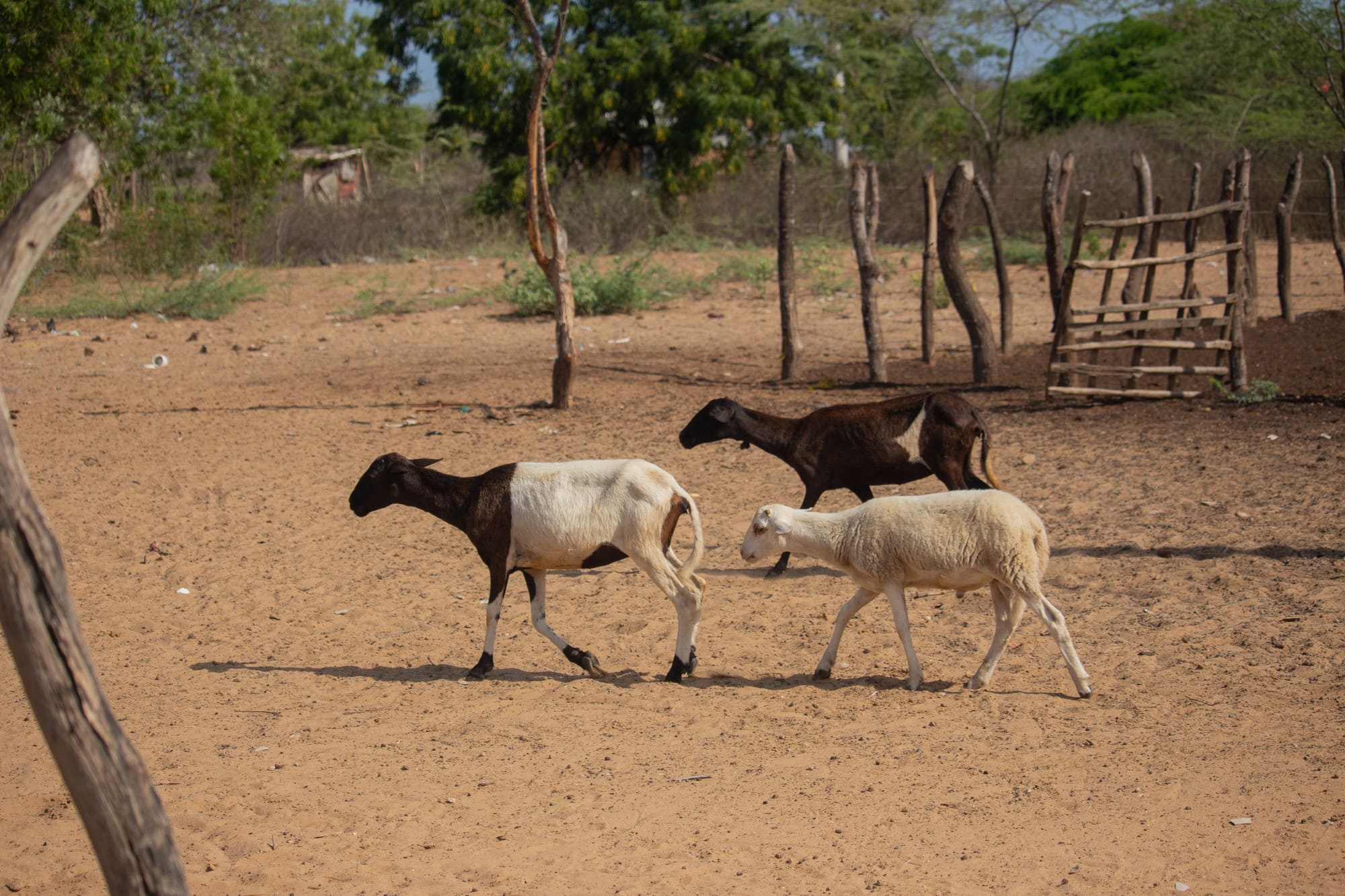 The main instruments used are flutes, known as Totoroy whistles and drums, known as Kasha.

The whistles made from elements of the environment such as dried lemon are used in livestock activities.


The Wayúu also use music for meetings and celebrations, as well as mourning rituals during funerals. Chichamaya autochthonous music is used in celebrations related to the development of women and involves dances where the woman challenges the man.


Listening to the Wayúu sing in unison is an experience that often feels like another world that you really should experience one day!

La Yonnais a traditional dance used to honor guests at celebrations held by this community. 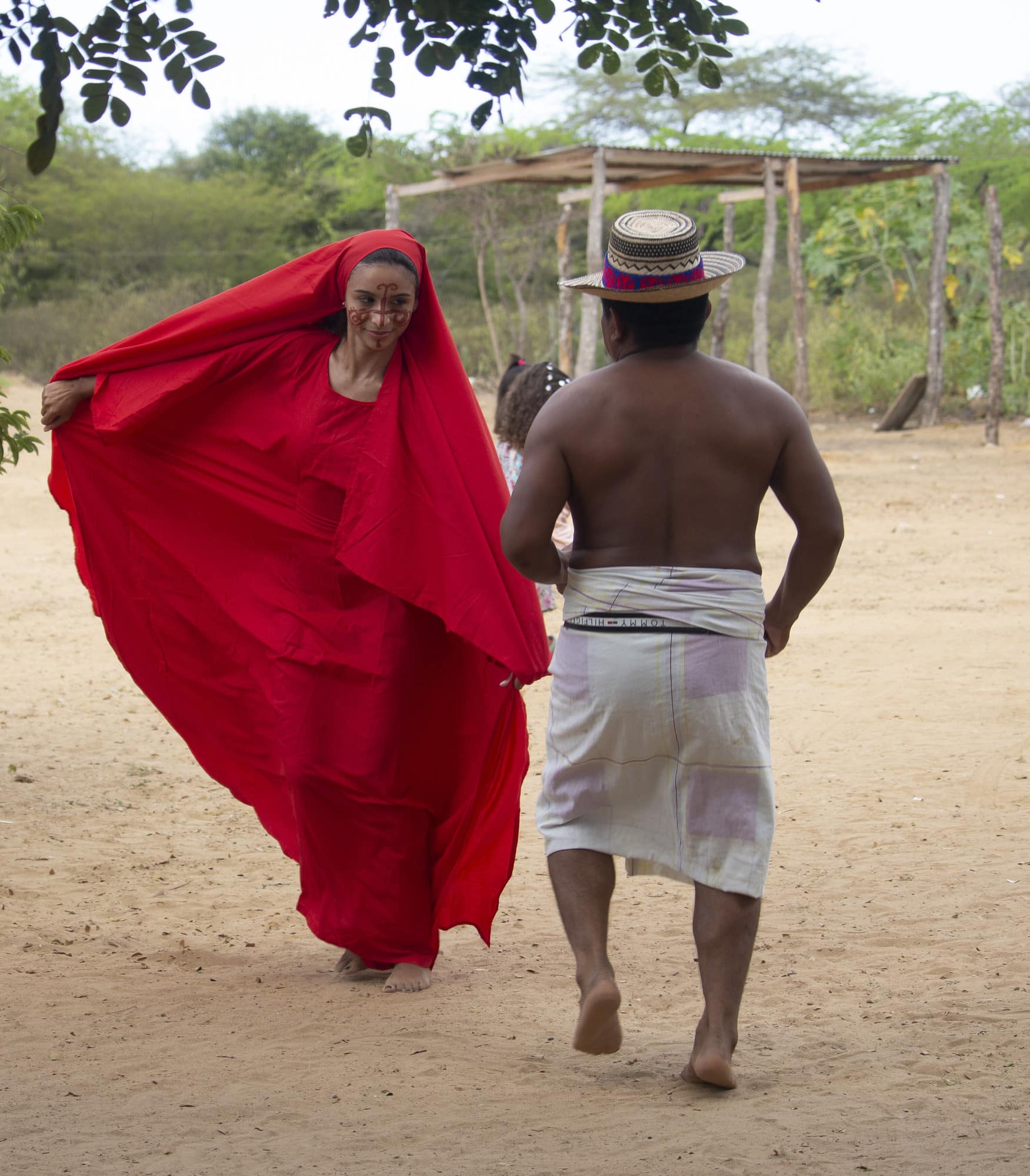 Girls are taught the Majayura dance.

For the Wayúu, Majayura means "young virgin Wayuu". The dance symbolizes the passage from girl to woman.


The girl must dance in a courtship dance with potential suitors.

With her head covered and wearing a cloth shawl and a dress, the girl dances forward with small steps and outstretched arms similar to the movements of a bird.

The adult men play drums and traditional musical instruments in their ring around the dancers.


Traditional musical instruments in the Wayúu culture include kashi, sawawa (a type of flute), ma'asi, totoy and the taliraai (tubular flute), wootoroyoi (a type of clarinet), among others.

After the courtship dance is over, if one of the suitors is accepted, he must pay a dowry to the girl's mother and male relatives. This used to be in the form of goats and sheep for the support of the clan.


Erroneously this custom has been misinterpreted when thinking that the dowry means the "purchase" of the Wayúu woman.


If at some point the husband dies and to prevent the wife from being defenseless in the face of the sudden loss of her husband, the dowry becomes that patrimony that she can use for her survival.

The dowry is nothing more than "insurance" that would allow the Wayúu woman to safeguard her finances when she was left helpless.

The clans and Family Wayúu symbols

The indigenous Wayúu are divided into clans or castes.

Being matrilineal in nature, the children of the united couple adopt the surname or become part of the maternal clan.


The Wayúu castes are defined as family groups who have their own territory.

In addition, each caste has its own symbol or totem animal to identify each family group.


The clans have a representative who watches over the rights of their community and takes care of the territory. In the same way, this representative ensures the preservation of the culture and ancestral identity of the community.


The primary characteristic in each clan is that they have their defined geographical area. There they build their ranches, arches, grazing areas, corrals, cemeteries and traditional mud houses.


There are aspects that I left for the end of this blog because they are linked not only to the cultural part but also to the economic aspect.

For the Wayúu indigenous people, the generation of income from what nature provides them is very scarce. This is why the commercialization of their handicrafts is of great importance.


Wayúu bags and other handicrafts

Wayúu bags are typical bags of this community, made 100% by hand.


Women and men participate in its elaboration, who elaborate the base of the bags and their pom poms as well as the handler that supports it, respectively. 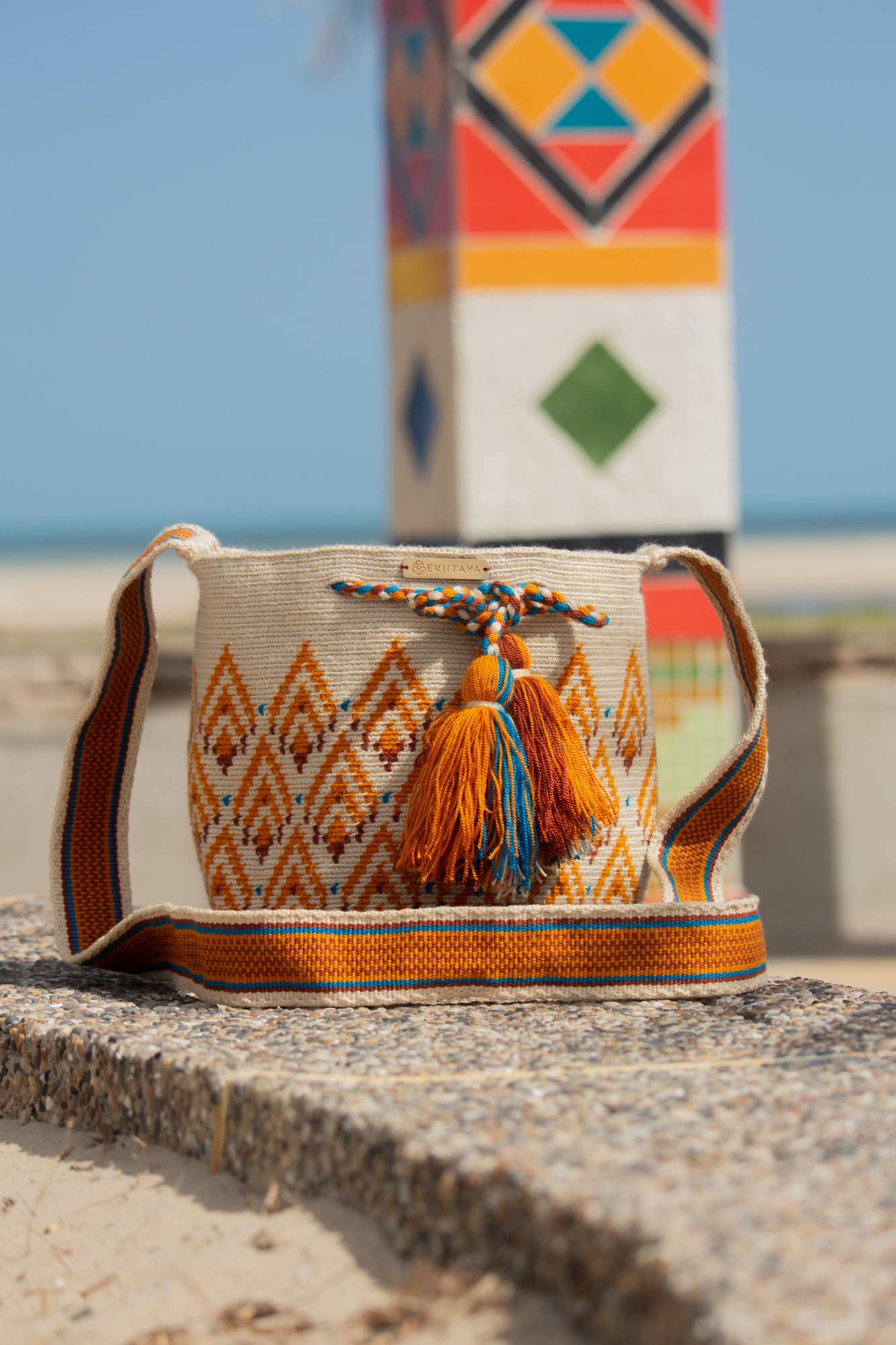 There are different types of Wayúu bags which are classified by their size or function. But the best known backpack is the Susu, which is used by men and women in this community and outside of it.


The Wayúu indigenous people also sell other types of handicrafts such as hammocks, shoes, paintings, among others.


Wayúu families sell their handicrafts to locals in the capital of La Guajira, Riohacha.

They also sell their products to foreigners, these being the most surprised by the beauty of these creations.


The Wayúu are a community that has continued and continues to surprise us with their crafts. Wayúu culture history is a fundamental part of these creations. When you buy one of their bags, you are not only buying a valuable object itself, but you are also taking with you a piece of culture from an ancient ethnic group.