Have you ever wondered who knits the most colorful and resistant backpacks in the world? In this article you will find information about the community that gives rise to the Wayúu bags.

Who are the Indigenous Wayúu?

The Wayúu are indigenous people who live in the northern part of the Colombian and Venezuelan Caribbean.

This tribe is considered one of the largest indigenous communities in Colombia, with a descendant of more than 700,000 inhabitants. 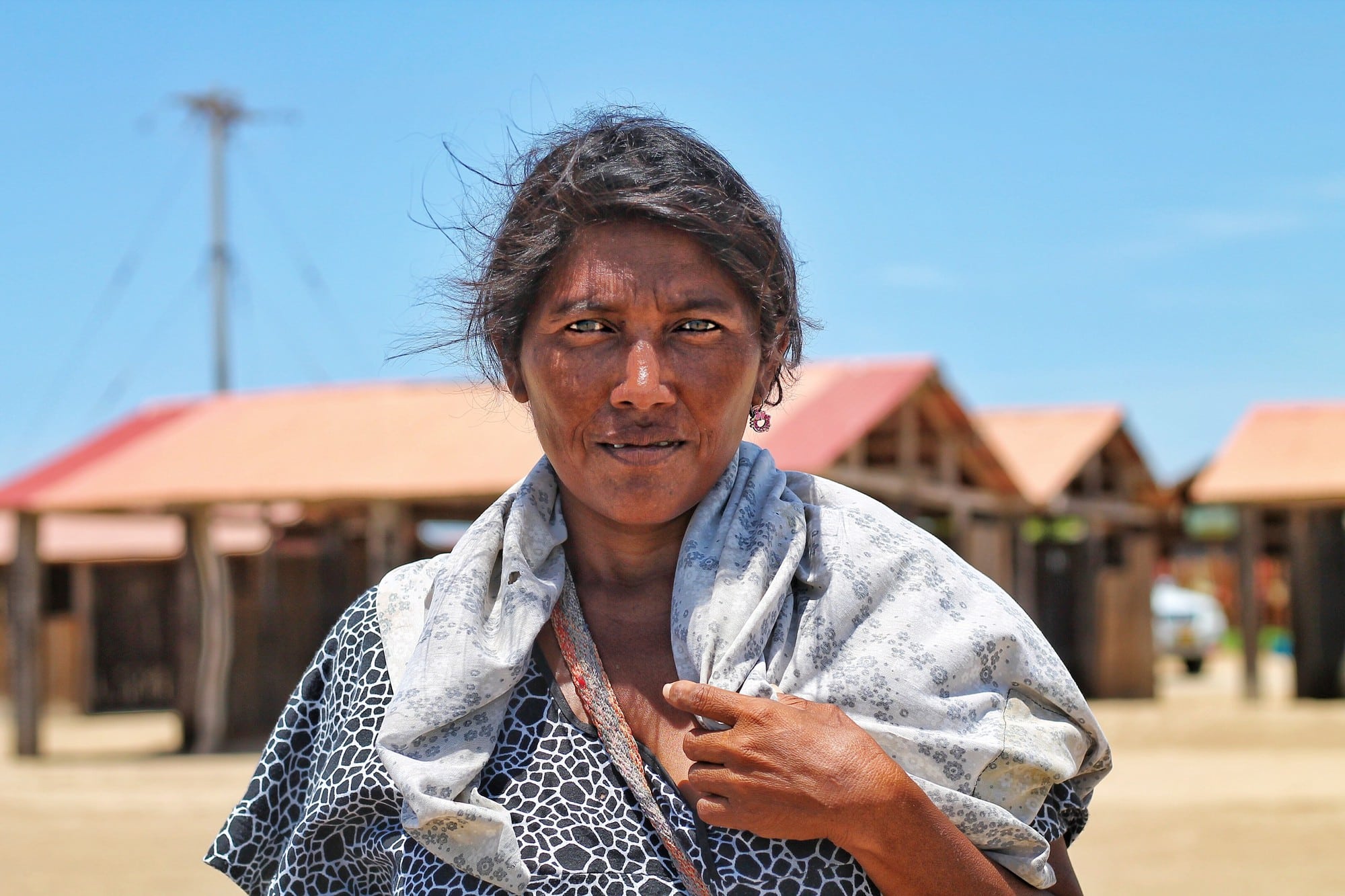 Although contact with the European conquerors dates back to the 16th century, the Wayúu were not conquered until the independence of Colombia and Venezuela. This was influenced by both the indigenous resistance and the harsh environmental conditions of the desert, which served as a refuge for the Wayúu people.

But, who are Wayúu indigenous? How do they live now? Here we tell you all about them!

The Wayuunaiki is the language of the Wayúu people. It is part of the Arawak, a language family predominant in different parts of the Caribbean. There are small differences in dialect within the region of La Guajira: the northern, central, or southern zones; but is a language widely used by all Wayúu communities.

Most of the younger generation speak Spanish fluently but understand the importance of preserving their traditional language.

Wayuunaiki is an oral language. It is passed down from generation to generation by telling stories of the origin of the earth, humans, and animals. In short, this language is a representation of Wayúu' view: Everything is touched by the worldview.

The natives feed on goats, chickens, and fish, in addition to legumes and vegetables that grow in the area.

They dedicate to pastoralism. This activity became very important during the 16th and 17th centuries. It motivated from the second century onwards, the expansion and submission of neighboring towns that also lived in the peninsula in the extreme north of Colombia. 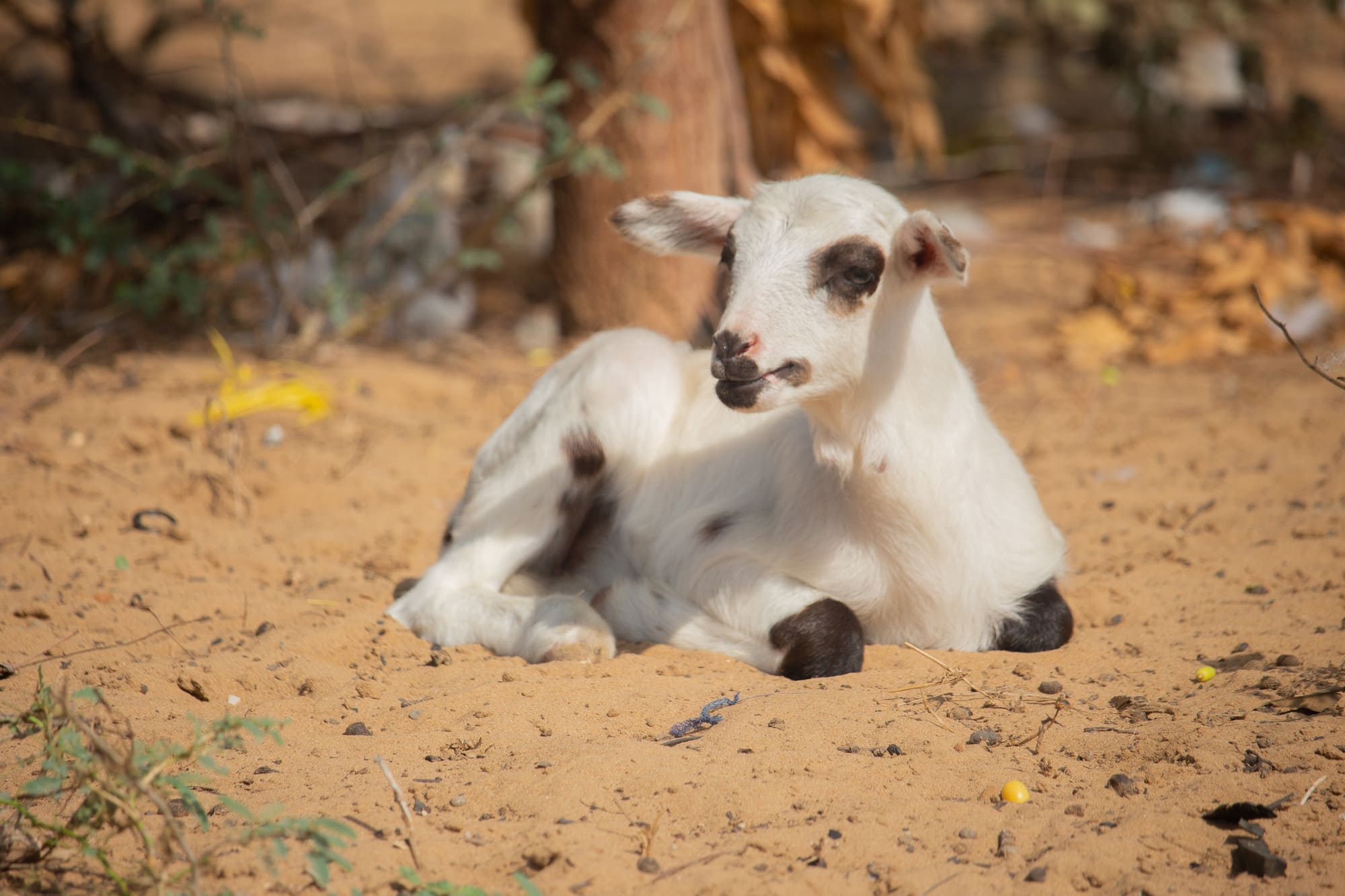 It is worth mentioning that La Guajira has important natural resources such as coal, gas, and sea salt. The sea salt is cultivated by indigenous families who live in the vicinity of the Caribbean Sea.

A traditional Wayúu settlement has five or six houses that make caseríos or rancherías. Each ranchería is named after a plant, animal, or geographic place. A territory that contains many rancherías is named after the mother's last name; that is, society is matrilineal. The Wayúu congregated in rancherías are usually isolated and far from each other to avoid mixing their goat herds.

Traditional Wayúu music is closely tied to the economy and social life. For example, they sing to their cattle. They also use music for meetings and celebrations, as well as mourning rituals during funerals. The Yonna is a traditional dance used to honor guests.

Girls are taught a dance that is at the heart of the Majayura, the ritual passage of the "young Wayúu virgin." She must dance in a courtship dance with prospective suitors. With her head covered and wearing a fabric shawl and dress, the girl dances forward with small steps and arms outstretched, swooping like a bird. She dances within a circle made up of people from the village, while the male dances backward before her. 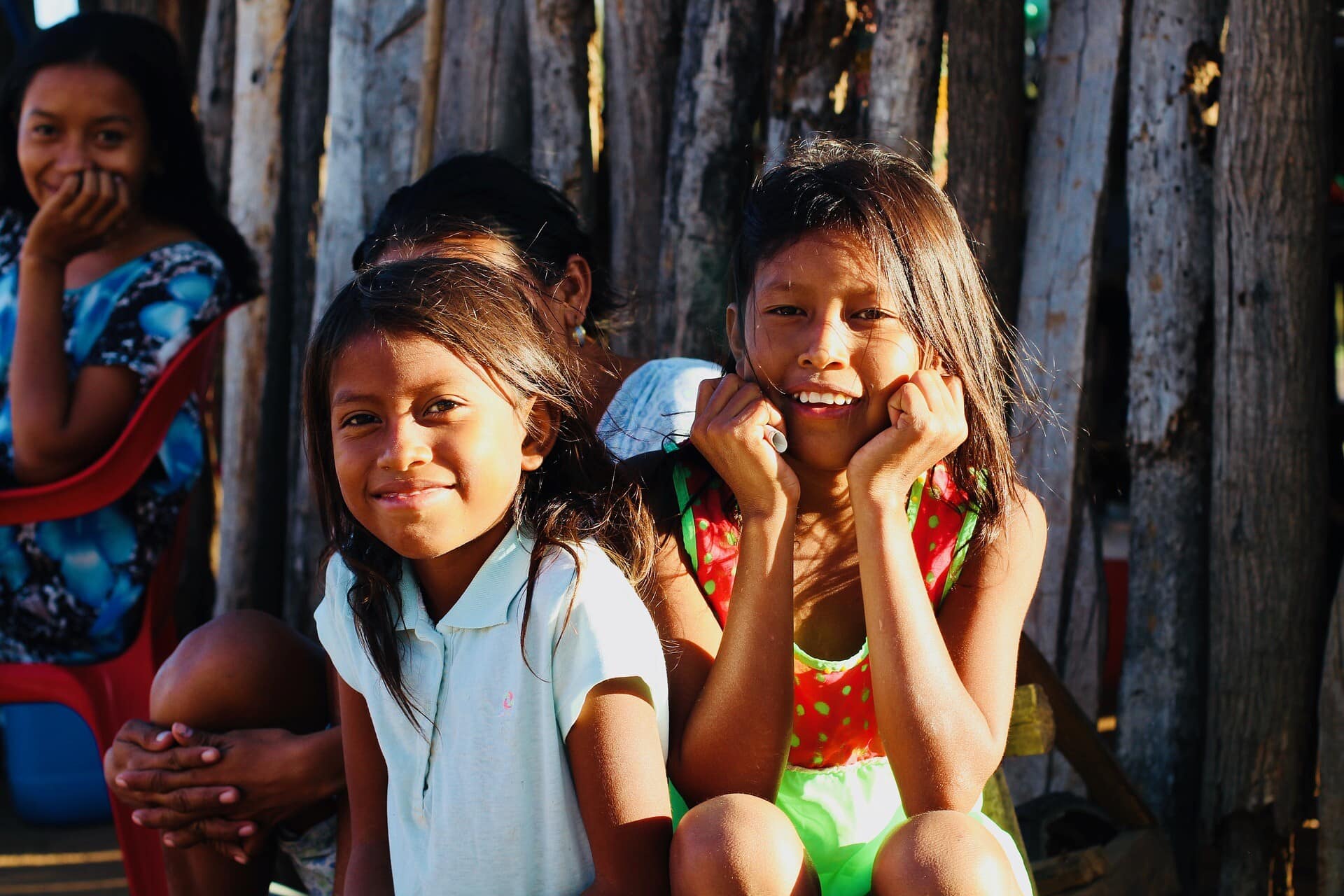 The Wayúu people refer to themselves simply as "Wayúu" and do not acknowledge the term "Indian", preferring instead the term "people". They use the terms Kusina or "Indian" to refer to other ethnic indigenous groups while using the term Alijuna (essentially meaning "the one who damages") to refer to outsiders or persons of European ancestry.

In addition to the organization of Wayúu within their community, families in the Wayúu culture are divided into clans. Some of these clans are Aapushana, Epieyu, Ipuana, Jayaliyuu, Sapuana, among others.

Wayúu people continue to live from the natural resources that their land provides them however, to generate an income, the community sells the fish they hunt, and the salt they cultivate, among other activities.

One of the main mains of income in the Wayúu society is the sale of woven crafts, produced 100% by hand and by women.

Wayúu women learn how to weave at a very early age, and they stand out for their greater contribution to the family nucleus. The men participate in the industry as well; they make the straps, provide the materials, and transport the goods to the city centers.

Some of these handcrafts are bracelets, hats, chinchorros -which are traditional hammocks that are only produced by this community-, among other creations. However, the craft that most highlights the Wayúu culture is the Wayúu mochila or Wayúu bag.

Wayúu bags are the maximum expression of the crafts of this tribe since they are widely used by locals and foreigners thanks to their diversity, striking colors, and their usefulness. 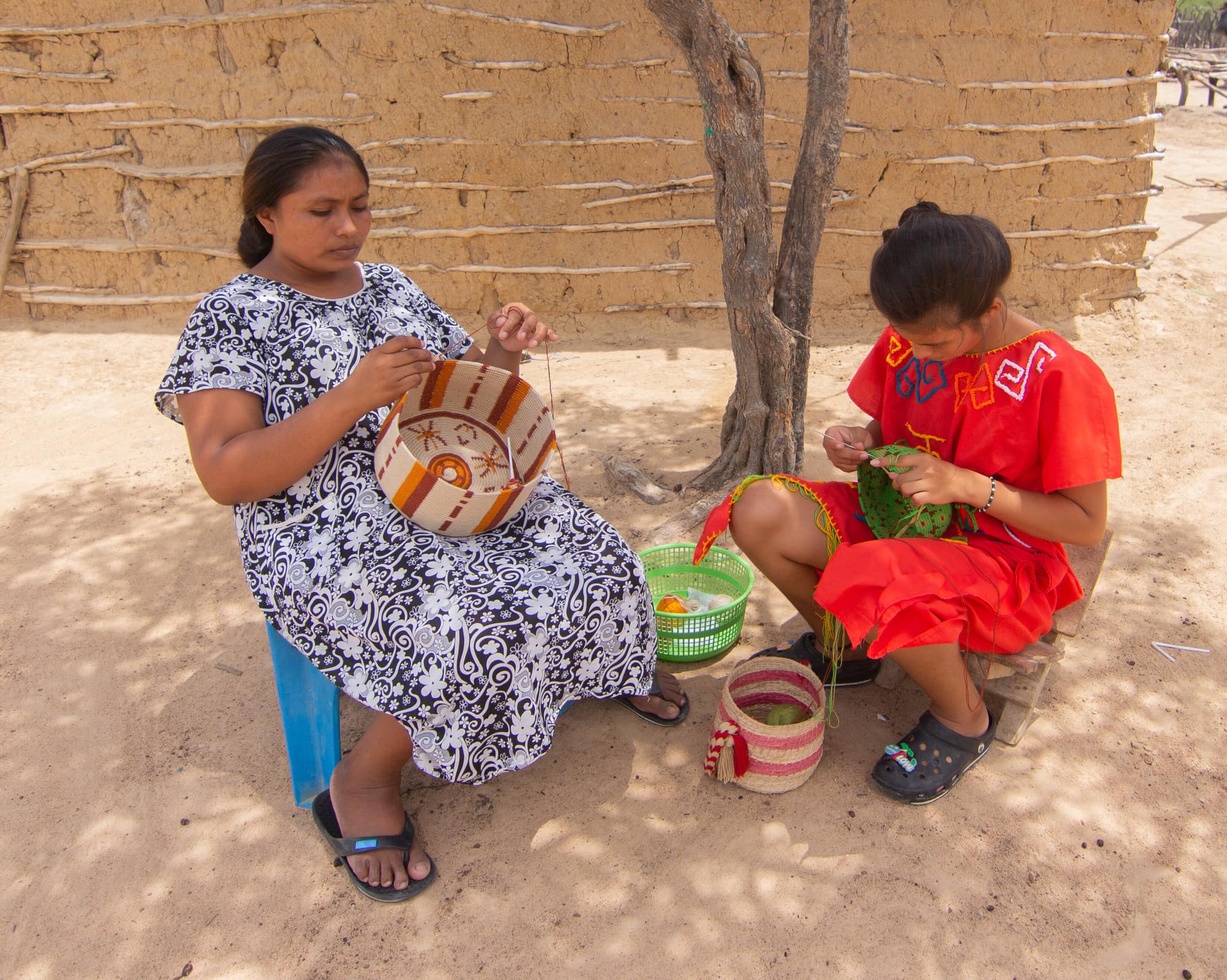 It is said the Wayúu learned to weave thanks to a mythical spider called Wale'kerü. This spider would create magical pieces using thread from her mouth. Wale'kerü is the one who taught all Wayúu women to crochet. Some of these crocheted items are: hammocks, belts, shoes, bracelets, Wayúu bags, among other creations.

Previously, the Wayúu used natural materials from their environment to make and dye the threads of their fabrics. This old transformation has been replaced by industrially processed raw materials, especially fine mercerized cotton threads, yarns, and acrylic fibers in bright colors. 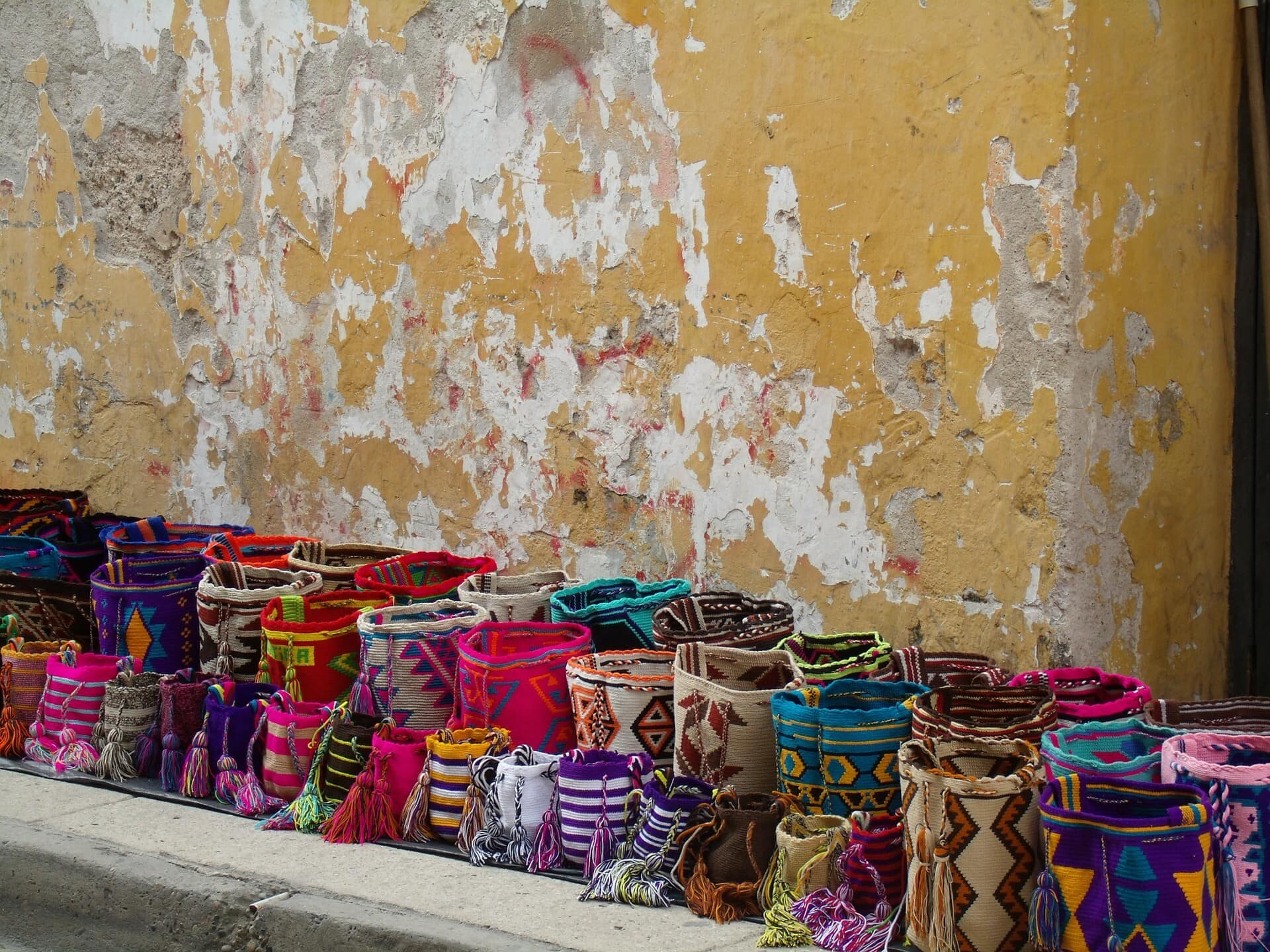 Wayúu bags come in different sizes, shapes, and decor. The most characteristic mochila is Susu who's style matches the modern and relaxed woman of today. Susu mochilas also have special designs with vivid colors making the person who is wearing them stand out from the crowd.

This community is without a doubt the bearer of great survival and history teachings. Their natural way to see life and the world amaze us every day. At EKIITAYA, we are honored to be exponents of their art and culture which we bring to the whole world.