What is the main economic activity of the Wayúu? Wayúu people economy is diverse. If you were wondering, what economic activities are the Wayúu engaged in? In this blog we will tell you about the main commercial activities of the Wayúu people.

The Wayúu indigenous people are the largest indigenous community in Colombia. Settled in the northernmost part of Colombia, in La Guajira, the Wayúu enjoy different natural resources that are an important part of their economy.

From sea salt to clay crockery, all the elements that come together in the economic activity of this community play an important role for its development and future preservation.


If you were wondering,what economic activities are the Wayúu engaged in? In this blog we will tell you about the main commercial activities of the Wayúu people.


Shepherding and livestock are not only an essential element for the development of this community, but also for its status.


In contrast, in the Upper and Middle Guajira, the aridity of the environment makes ovine and goat species predominate, which can survive in these conditions. 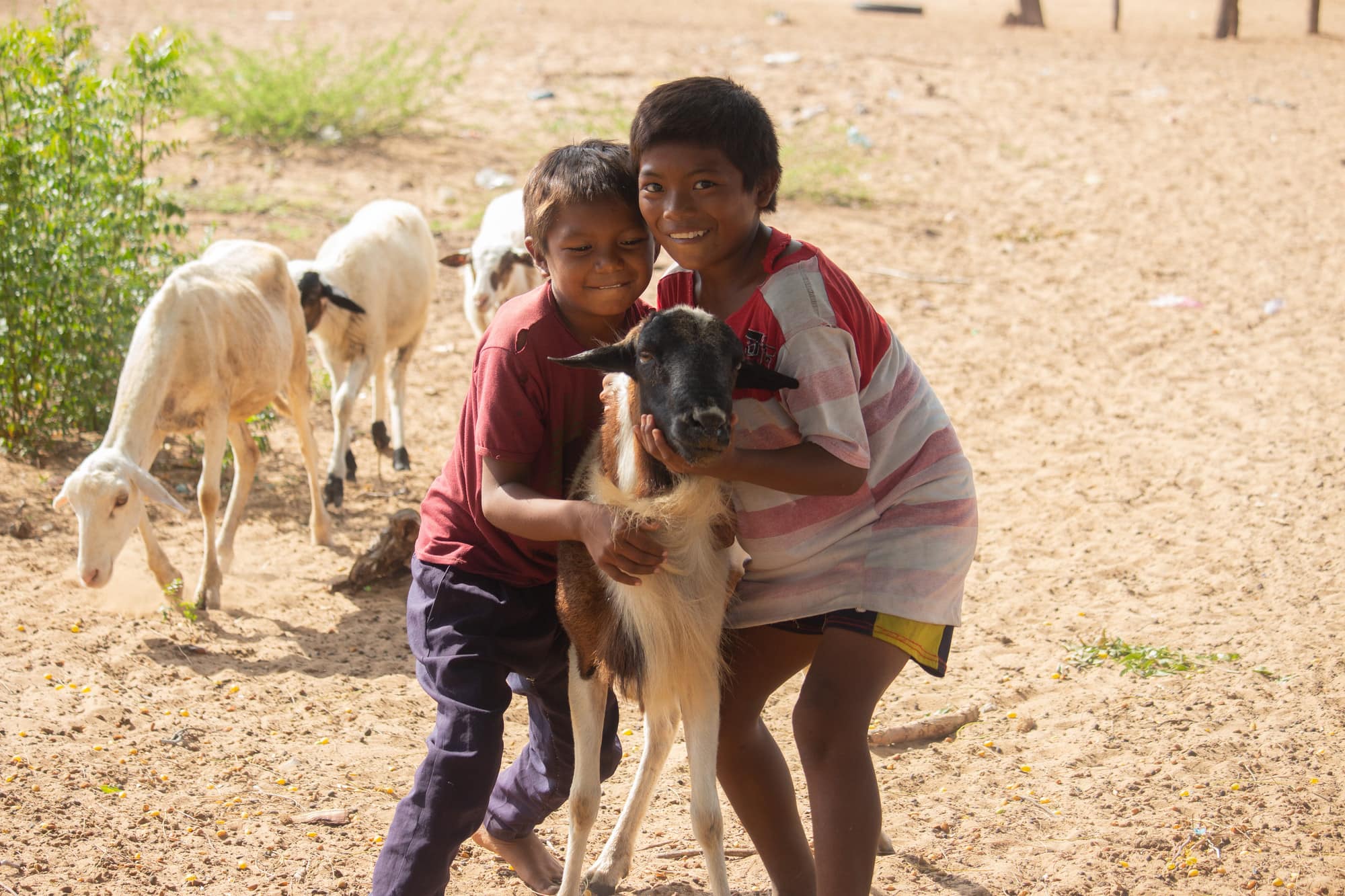 
The sheep capacity of a family or an entire community also determines the status. For example, when problems or conflicts arise, a Wayúu indigenous person can pay with one of these animals and protect his family.


These dynamics also stem from the main traditional male economic activity, which is livestock, and focuses on various social settings, for example, as delivery for sacrifice at a wake. “It is sacrificed depending on the hierarchy of who dies.


If it is a very important person, an appreciable number of animals that the person had is consecrated, because it is part of what was his wealth in life. And each soul takes the wealth they shared on earth ”, adds the researcher.


The collection of sea salt dates back many years in this Colombian territory and in particular in the Wayúu economy. Currently, around 2,000 Wayúu indigenous people benefit from the harvesting process and the manualand exploitation, and in total more than 15,000 people benefit from this trade.


The salt mine in Manaure, La Guajira, is the largest in the country, producing 65% of the salt consumed in Colombia.


Agriculture is no less important, but what should be noted is that it is not produced in large quantities given the arid conditions of the land.


Although La Guajira has spaces with forests and green areas, these are located in places far from the communities or the main cities and towns. This means that agricultural resources are mostly imported from other cities in the country.


Its highest production occurs in the lower Guajira, as it is the area that so far has been least affected by the extraction of resources and the diversion of its water tributaries.


This activity does not occur on a large scale.

It is important to note that La Guajira, being located in the Caribbean Sea, enjoys great marine life which allows its population to have this fresh food.


However, given the precarious hunting conditions, the Wayúu communities do not always have the possibility of having access to this food. In general, the owners of a raft can dedicate themselves to daily fishing, but not all families have the instruments or tools to make this possible.


The majority of women participate in this industry. Wayúu women overflow their creativity manufacturing pieces that range from colorful blankets to cover their bodies, to bags to carry their day-to-day items.


The Wayúu bags are made 100% by hand by the indigenous Wayúu. There they express their experience and worldview.

The Wayúu bags are the maximum expression of the crafts of this tribe since they are widely used by locals and foreigners thanks to their diversity, striking colors and their usefulness.


The Wayúu woman is dedicated to the weaving of chinchorros o hammocks to rest or to sleep, which can be engraved with a name of a clan or a Wayúu family to which it belongs.

The hammocks are made manually; once the body is finished, the cabuyera, the handle, and the fringe are woven separately. The cabuyera is tied to the headboard and the fringe is a long and narrow strip that hangs from the lateral selvages of the body of the chinchorro. 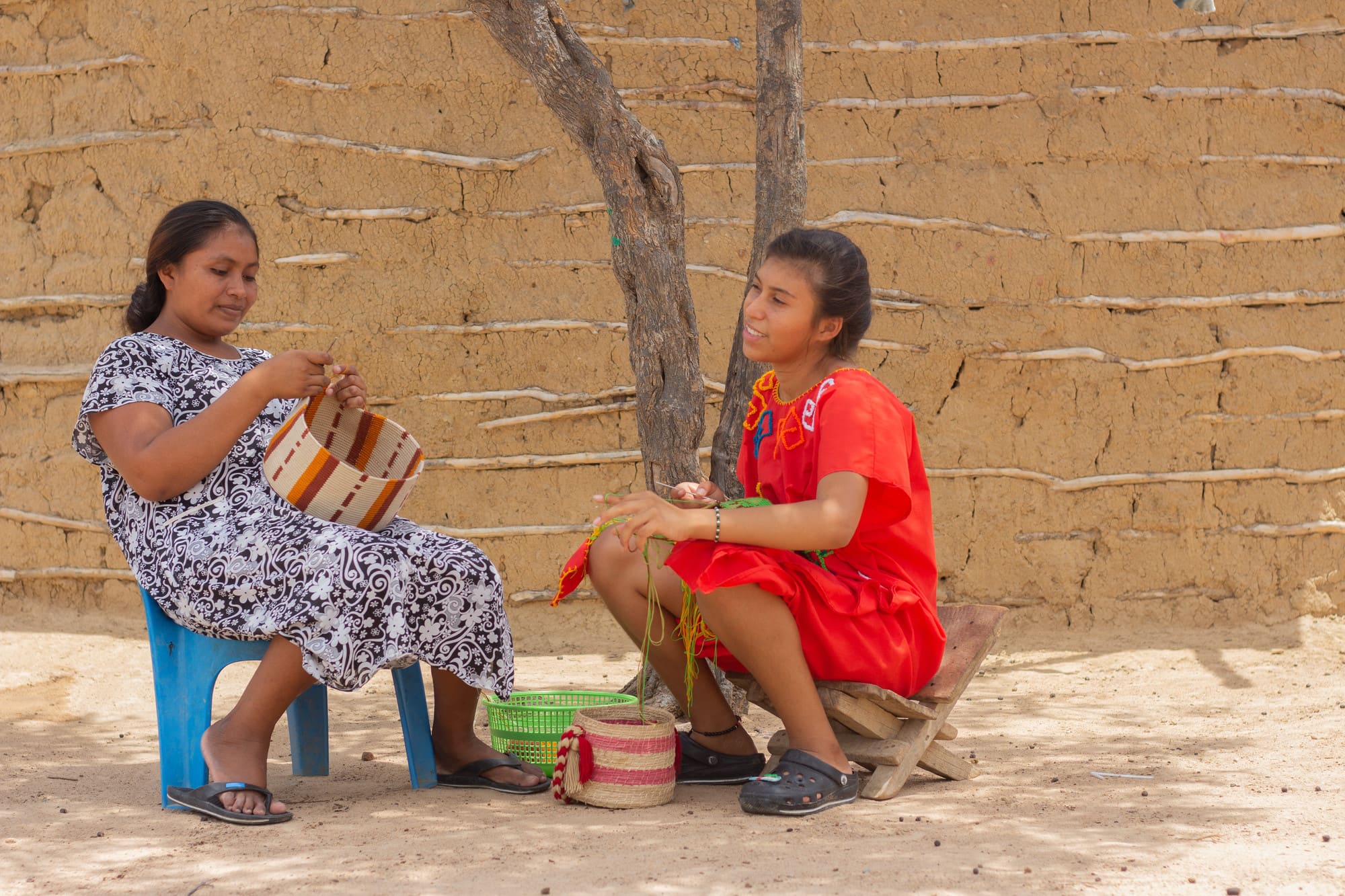 
On the other hand we have the Shei. Shei is a funeral blanket in which the deceased are wrapped and buried; It is rectangular and colorful, rich in drawings of kanas.


Liíra is a long and narrow girdle that is part of the male guayuco. Mantalaju is the girdle that goes over the top and is tied to the saddle and the girth.


Atula is a complex yarn braiding technique that requires a lot of skill and concentration.


The Wayúu men, on the other hand, make palm leaf hats, appropriate for days of intense sun, blankets and guaireñas or espadrilles (footwear made to withstand long days on the sand), among others.


Despite sometimes having limited resources or few tools for their exploitation, the Wayúu have remained since colonial times.

They are a strong population that day by day struggles to survive and preserve their worldview and intangible wealth.

We hope that the Wayúu economy will continue to develop. At Ekiitaya we do our part so that this population continues to obtain income to enjoy well-being.


What was the economic activity of the Wayúu that most caught your attention?

Visit our Instagram to learn more about the Wayúu culture!